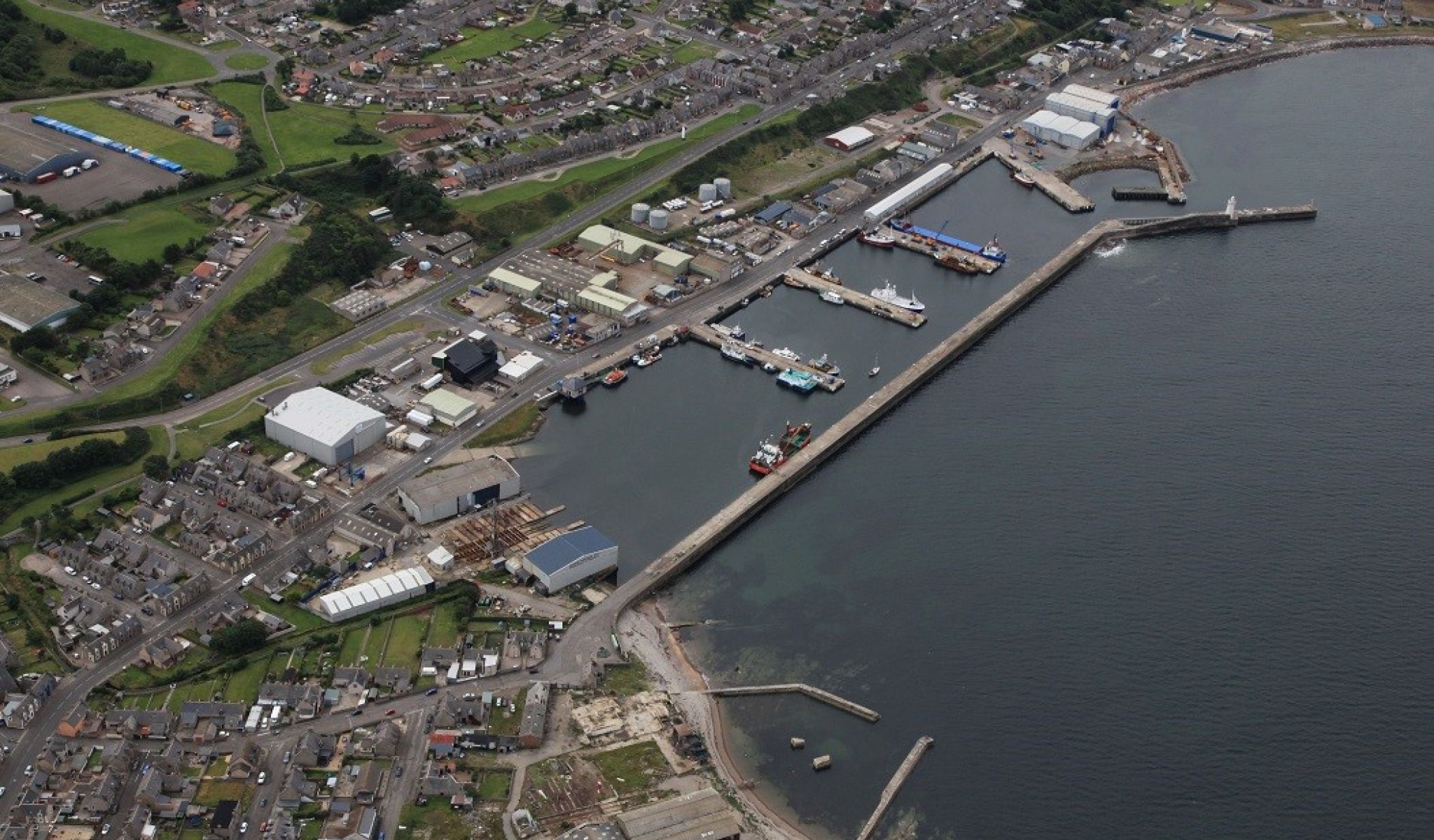 Moray West, an offshore wind farm planned in the outer Moray Firth, has selected Buckie harbour in Moray, as its long-term Operations & Maintenance (O&M) base. The base will be the onshore hub from which the offshore facilities are run through its operational life.

The base will include a new building to house offices, changing rooms, drying room and warehousing, with a nearby secure external compound, together with a new pontoon and upgraded quayside facilities. Moray Council, as owner of the harbour, will lease part of the quayside and land for the facility.

The wind farm’s operation and maintenance activities will be carried out using crew transfer vessels (CTVs) which will transport technicians and engineers between the harbour and the wind farm.

In addition, the harbour will be used to support the construction phase of the wind farm. With a date for first power in 2024 the wind farm project is expecting to support close to 60 staff at Buckie, with further asset management support from the existing Edinburgh office.

Moray West has planning consent and grid connection, and awaits award of a Contract for Difference (CfD) for which it is preparing to compete at the next auction, set by the UK Government, to allow the project to proceed to construction.

“The decision by Ocean Winds to select Buckie as the O&M base for Moray West was made after an extensive technical and commercial assessment. The existing facilities and supply chain in Buckie made it ideal for a strategy that will rely on the smaller CTVs. We look forward to working with Moray Council, the supply chain and other stakeholders to make the most of this opportunity to create long term sustainable employment in the town and across Moray, while delivering a major step towards national decarbonisation targets. Although the outdated transmission charging regime unfairly penalises projects in the north of the UK we continue to advocate for reform as part of our efforts to take Moray West forward. Subject to investment decision we hope to move rapidly into construction in 2022 and deliver the full range of project benefits in Moray, Scotland and the rest of the UK.”

“A huge amount of work has been done behind the scenes with Ocean Winds to get this very positive announcement for Buckie and for Moray as a whole. Moray West is a very significant offshore windfarm project and Ocean Winds’ commitment to having their Operations & Maintenance based at Buckie Harbour is fantastic news and, pending the UK Government’s agreement on the electricity supply contract in the Spring, will generate very substantial investment in and around Buckie Harbour.

“Buckie is a significant commercial harbour in the North East of Scotland but this additional investment by both Ocean Winds and the investment it will drive through the wider supply chain will take the harbour usage to a new level and deliver a significant jobs boost to the area. Harbour life is right at the heart of Buckie’s being. This partnership between Ocean Winds and Moray Council will help ensure that heart continues to beat strongly.”

“It’s excellent news that the operational and maintenance base for the Moray West Wind Farm, located in the outer Moray Firth, will be based in and around Buckie and it’s harbour. This move will create local jobs and the significant investment will be a really positive boost to our local economy.”

“I’m delighted with the news that Buckie Harbour has been recognised for its vast potential to accommodate an onshore Operations and Maintenance (O&M) base for offshore wind developments. This positive initiative will bring long term and sustainable employment for residents in and around Buckie which will also benefit the local economy. Our work toward meeting national decarbonisation is well underway and this move supports our aims to do exactly that.”

Moray Offshore Windfarm (West) Limited, known as Moray West, is a fully consented offshore wind project off the coast of Scotland. The project is expected to enter the next Contract for Difference (CfD) auction that the UK government has confirmed will commence in early 2022.

The development of Moray West follows on from the delivery the adjacent Moray East offshore wind farm, which won a CfD in 2017 with a dramatic 50% cost reduction compared to CfD awards in 2015, and is currently in commissioning phase for 100 x 9.5MW wind turbines.

Consent for up to 85 wind turbines. Siemens Gamesa Renewable Energy is the preferred bidder for supply of the latest offshore wind turbines.