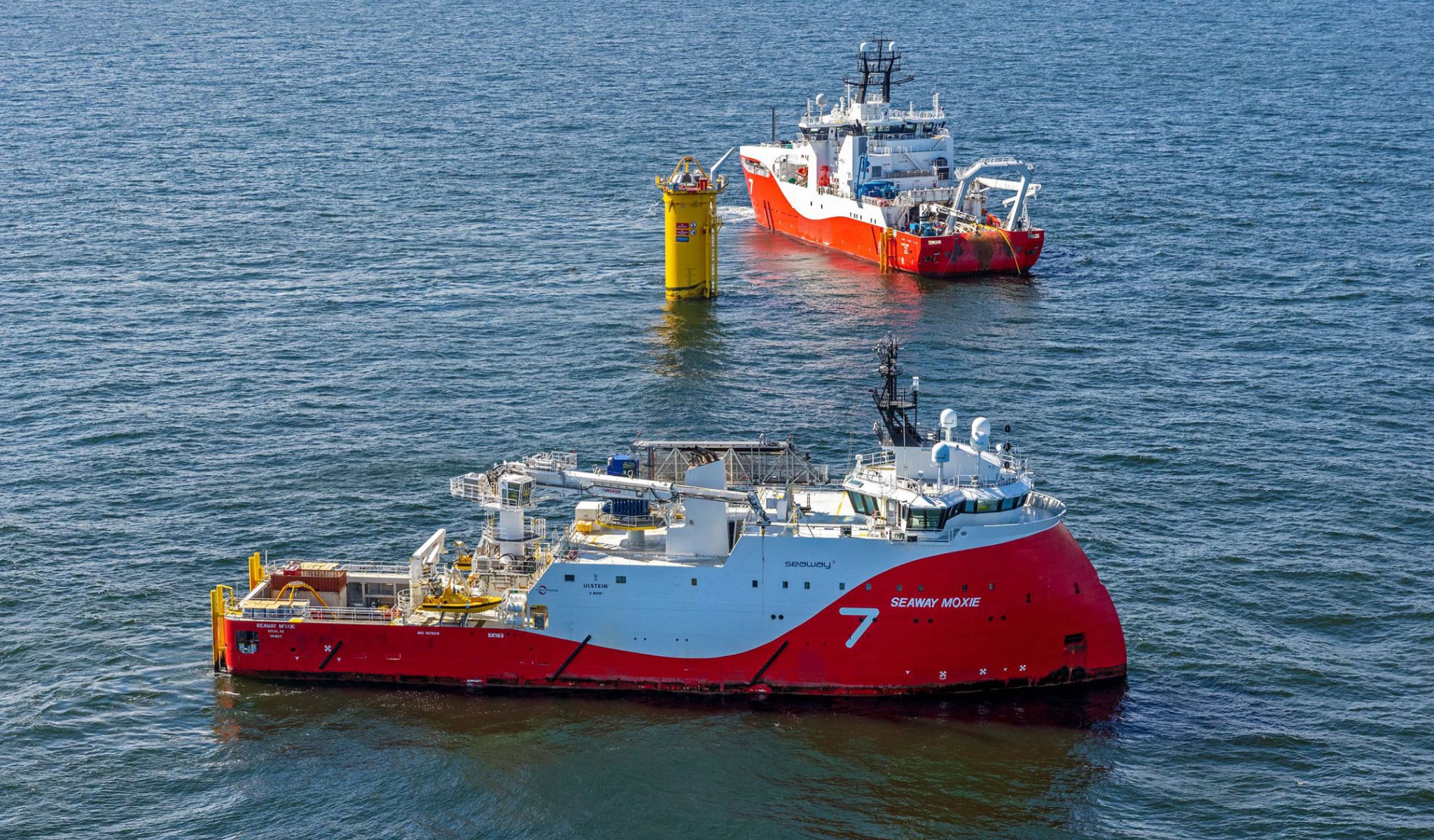 Moray West Offshore Wind Farm, part of the growing Ocean Winds portfolio of UK projects, is able to announce that it has signed a contract for the supply and installation of the inter-array cables (IACs) with Seaway 7 ASA (Seaway7). The contract includes the supply of IACs by JDR.  These IACs will connect the wind turbines back to the offshore substation platforms (OSP) before exporting the power back to the onshore connection point at Blackhillock near Keith. To ensure resilience in exporting the renewable energy, the contract also covers an interconnector cable that will be installed and buried in the seabed to connect the two OSPs.  A total of approximately 125km of 66kV subsea cables will be supplied by JDR and installed by Seaway7.

This significant contract for JDR, won against stiff international competition, supports the latest decision by JDR to open a new state-of-the-art subsea cable manufacturing facility in Cambois, near Blyth, Northumberland. 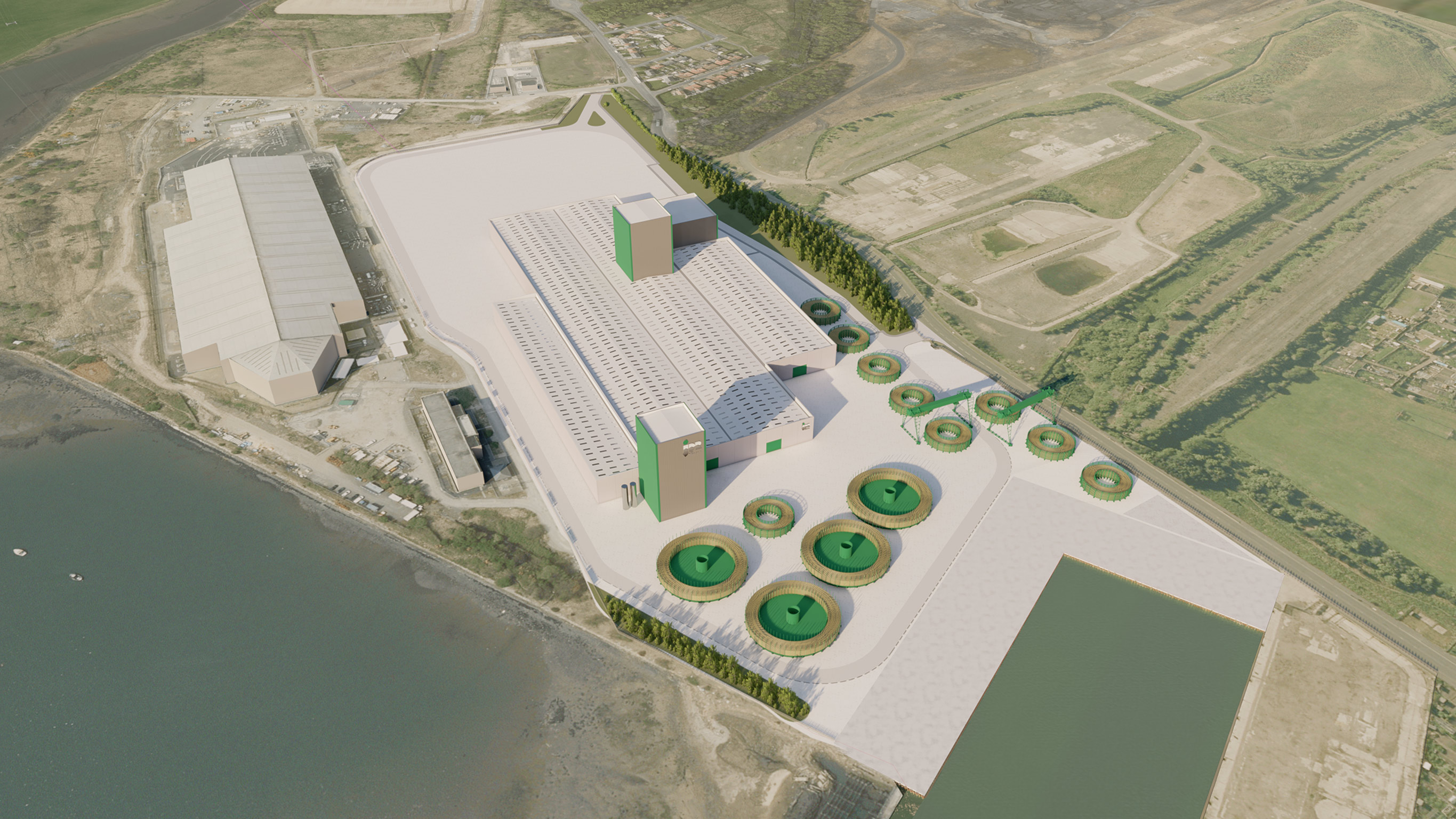 Pictured above: Visualisation of new JDR cable factory at Blyth

It is the first stage of JDR's plans to expand its product portfolio to support the growing global renewable energy market, adding high voltage export and long length array cables to its existing capacity and product capabilities.

JDR is a pioneer in the development of Submarine Power Cables for offshore wind, wave and tidal energy projects. Their commitment to technology developments and client-focussed delivery on some of the world’s largest offshore wind farms, including the adjacent Moray East project, has earned them an industry leading reputation and trust to provide the vital connection.

Following the announcement of the Letter of Award to Seaway 7 near the beginning of August 2022 progress has been rapid to finalise the contract for signature.

Seaway7 is a global leader in the delivery of fixed offshore wind projects with a growing track record of delivery for offshore wind farms, including the adjacent Moray East project.  This latest Moray West contract will be managed from their main UK office in Aberdeen, building on their strong offshore wind experience.

Moray West is firmly committed and on track to delivering low-cost renewable energy, supporting the UK and Scottish renewable targets and providing households with access to low-cost low carbon electricity.

“We are pleased to have concluded this contract with Seaway7 which includes the selection of JDR as supplier of the inter-array cables for our project as we accelerate into construction. Having worked successfully with JDR on the Moray East and WindFloat Atlantic projects we are proud to once again be supporting a key UK supplier in our sector.  We believe that our confidence in   JDR has helped them progress to confirm their plans for the new export cable facility at Blyth.  As we finalise our construction contracts I am proud that Moray West, as part of the Ocean Winds portfolio, is at the forefront of supporting the UK supply chain adapt to the huge potential of the offshore wind sector in the UK and internationally.  As well as JDR, this includes bolstering the existing capabilities at Seaway7’s Aberdeen centre of operations.  We look forward to working with JDR and Seaway7 on successful delivery of the cables.”

“Seaway7 are extremely proud to have worked on several projects in Scotland, including Beatrice and Moray East, the ongoing Seagreen project – and now Moray West. We are building a centre of excellence based on decades of offshore experience and more than 10 years in offshore wind. The Moray West project enables us to secure even more jobs based in our Aberdeen office, from where this project will be managed, developing and growing our skilled workforce to meet the industry needs in the region. Ocean Winds, who are developing the project, are at the forefront of Scotland's offshore wind ambitions and we are committed to working with them in developing the workforce of the future.”

“Moray West has an essential role to play in the energy transition and as a UK manufacturer we are delighted to have won this contract to support the UK energy market. Transporting a cable of this size from overseas would have had large environmental and commercial costs involved, so our expert team proved through innovative thinking that we could deliver. We’re also delighted to continue to build on our long-standing relationship with Seaway7 by providing technical expertise and subsea solutions to support in the success of Moray West Offshore Wind Farm”

The cable will be manufactured at JDR’s state-of-the-art facility in Hartlepool, UK and will utilise the newly upgraded vertical layup machine.